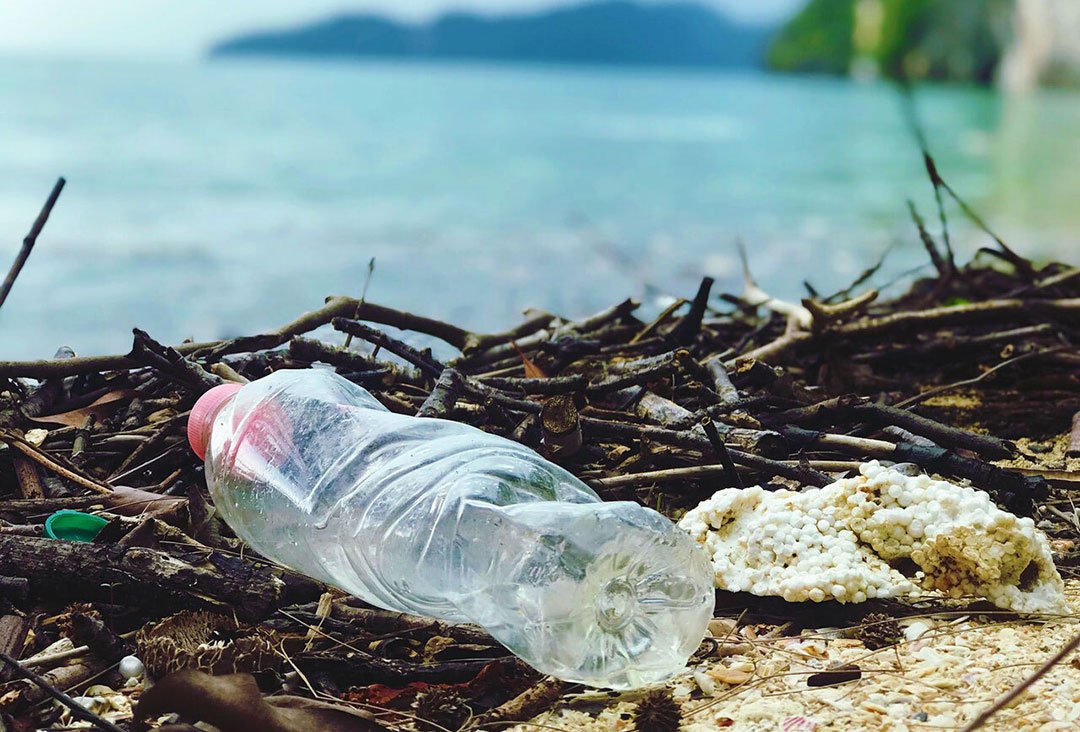 What are your thoughts regarding the plastic problem? You know what plastic problem I’m referring to – that island of garbage floating in the ocean. We at BottleOne are in the plastics business, so it is a fair question to ask. My answer is likely not the one you’re expecting.

The World Economic Forum released a study in 2018 that showed 90% of the plastic polluting our oceans comes from just 10 rivers. According to the study, “More than 8 million tons of plastic ends up in the ocean every year. If we continue to pollute at this rate, there will be more plastic than fish in the ocean by 2050.”

Fast forward to today, and the island of plastic that you see floating in the middle of the ocean is what’s left of what they dumped in the rivers, and continue to dump in the rivers.

If there’s a silver lining to the ocean plastic problem, it’s that the plastic left in the ocean from those rivers can be removed. The rest of the stuff that was thrown in the water is already gone (it’s been absorbed into the environment). It’s unfortunate that it was put into the ocean in the first place because it has no business being there.

The planet has been blessed to have resourceful people who are retrieving that plastic, but collecting it out of the ocean is not a long-term solution to the plastic problem.

How Do We Keep Plastic from Getting into the Ocean?

There have been a lot of ideas proposed to solve the plastic problem. Some people have said that we should eliminate plastic, or eliminate single-use plastics.

As a society, we have to be careful in terms of where we put our focus and what has to change in order to deal with the plastic problem. A great example is that silent island of ocean plastic.

What is the Solution to the Plastic Problem in the Ocean?

The answer in my opinion is PET. You’ll probably ask, “You’re telling me that plastic is the solution to the plastic problem?” The answer is yes.

PET is a major component of the solution.

The faster and the more thoroughly we migrate to PET, the better off we will be. We need to move our plastic containers into the circular economy. Conversion to PET is the vehicle to do that – now.

What is a Circular Economy?

The circular economy is the recovery and reuse of resources with supporting, self-sustaining economics. We need three things to make this happen.

The First Thing We Need is a Recoverable Resource

A recoverable resource is a resource we can capture and reuse. We have that in PET. We’ve got that in universal curbside programs everywhere. Everyone understands what it means to recycle a plastic container.

We have resin identification codes (1-7) on the bottom of each plastic bottle. Those codes help direct that container to the appropriate channel for recycling.

What people don’t realize is that in the PET recycling technology today, we can get a nearly endless cycle from that same pound of plastic.

There is existing technology to take that plastic back to monomer, back to its base ingredient. Then make it clean material again, and put it right back into the system to make another bottle.

In other words, we can recycle the same pound of PET essentially endlessly.

The Second Thing We Need is Someone Who Wants It

Literally every month, sometimes every week, we have another major food or beverage company globally announce that they have set corporate goals for the amount of recycled content in their PET.

We could probably double our recycling in the United States and still not have enough recycled PET in the system to meet demand.

The Third Thing We Need is YOU!

We get our single serving of it, and then we’re done with it. Heaven forbid we should ever throw it away, regardless of how many times a bottle has been recycled.

We can get another bottle out of it. And I don’t mean 5, 10 or even 100 times. I mean 1,000 times! In our lifetime, we will never have to drill another hole to get material out of the ground to make this bottle as long as you are willing to give it back. PET is recycling code 1 (resin material code).

If you don’t have an opportunity to recycle it – keep it, crush it (you can even leave the cap on) and hold onto it until you find a place to put that back into the system. There are blue bins and green bins everywhere.

How Does the Plastic Problem Relate to BottleOne?

If you’ve been to the BottleOne website, you’ve seen our emphasis on dairy packaging. 95% of people who go into a grocery store have bought milk at some point. There’s a comfort that consumers have with buying milk.

Set aside the fact that the milk in BottleOne containers has better flavor, better nutrition and better economics. At the end of a BottleOne bottle’s life, it can become part of the circular economy we are talking about.

Yes, HDPE is recyclable, but that’s different. HDPE jugs can be turned into a pipe, carpet, or something other than another milk jug. That HDPE jug is downcycled (there are downcycle opportunities for PET as well).

In the case of PET, we have a circular economy with pent up demand and extremely attractive economics to put back into it.

Now hopefully the phrase “plastic is the solution to the plastic problem” makes more sense. All of us are guilty of throwing away PET bottles, although we should never do that. There’s never a reason to do it.

There is a customer waiting for what you consider garbage, and they are willing to pay a premium over non-garbage material in order to get their hands on it.

They are doing it because it is socially responsible. The economics of scale in the circular economy that we can achieve with PET are extraordinary. But you have to give the bottle back. Don’t ever throw away your 1s! (recycle code 1)

If you want people to stop throwing used plastic containers into the river, we have to provide a better option. You don’t break habits, you replace them. PET is easy to identify, easy to recycle, and easy to dispose of responsibly. Let’s get people who are throwing away their 1s to join the circular economy, and give them back. It is better for everyone.

To continue this conversation, please leave a comment below. If you’d like to learn more about BottleOne and our revolutionary PET bottle with an integrated PET handle, please click on the link below. We are looking forward to talking with you.

BottleOne is an affordable large capacity, standard grade PET bottle with an integrated PET handle. BottleOne is designed to dramatically impact your supply chain. Let us introduce you to this 21st century operating model.

Manage Cookie Consent
To provide the best experiences, we use technologies like cookies to store and/or access device information. Consenting to these technologies will allow us to process data such as browsing behavior or unique IDs on this site. Not consenting or withdrawing consent, may adversely affect certain features and functions.
Manage options Manage services Manage vendors Read more about these purposes
View preferences
{title} {title} {title}